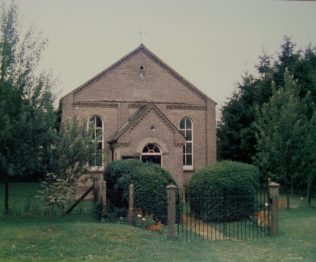 Take care not to confuse this chapel with Banham – I did!