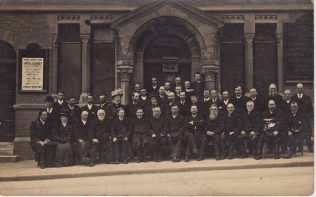 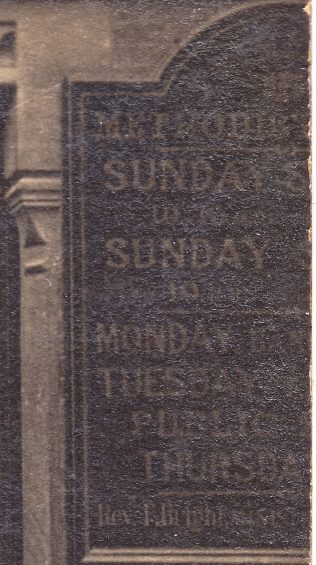 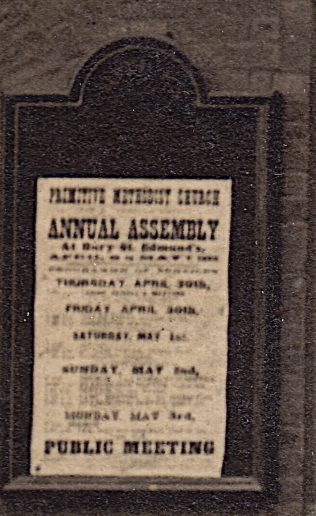 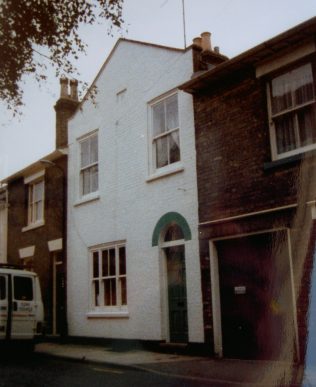 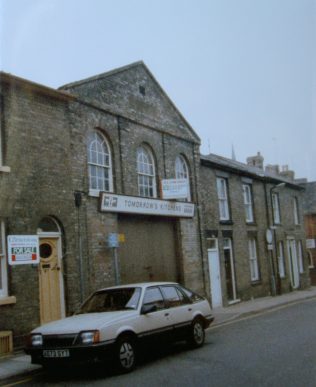 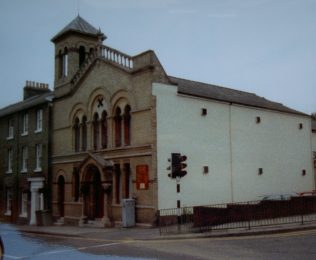 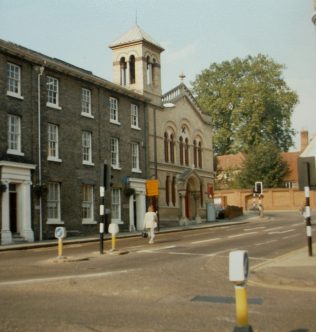 My sister, Alison, found this photograph amongst my mother’s old photos.  It is interesting, because both my grandfather and my great-grandfather are on it, which dates it between 1904, when my grandfather entered the ministry and 1917, when my great grandfather died. By enlarging the portions of the photo which contain the poster  on the left and the chapel notice-board on the right, we can discover that this Annual Assembly was held at Bury St Edmunds PM Chapel between Thursday 29th April and Monday May 3rd, and the minister of the chapel was Rev T. Bright.  We have tried to work out in which year April 29th fell on a Thursday and think it is 1909.  This fits with Rev T. Bright being the minister there, because, according to W.Leary (‘Primitive Methodist ministers and their Circuits’), Thomas Bright was the minister in Bury St. Edmunds from 1901, apparently until 1911 when he ‘ceased’.  The other photos show the enlargements.
In the background the chapel appears to be quite an impressive building.  It is not clear what the nature of this Annual Assembly was, but there appear to be some fiery preachers amongst those gathered there!