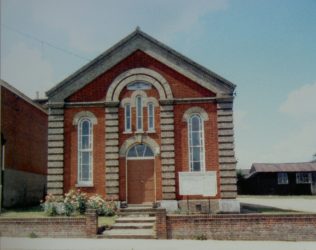 The chapel in Keith Guyler’s picture opened in London Road in 1877. The 1877 Primitive Methodist magazine contains a note of the opening. It was in the Wangford station and seated 300.