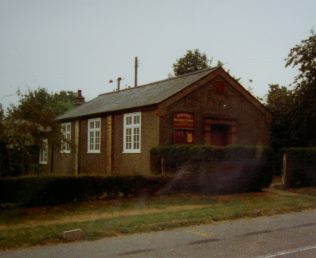 Hargrave is east of Newmarket.  Hargrave Primitive Methodist chapel was opened in 1926 – one of the last chapels to be opened before Methodist union. It was still open by the time of Keith Guyler’s photograph in 1992.