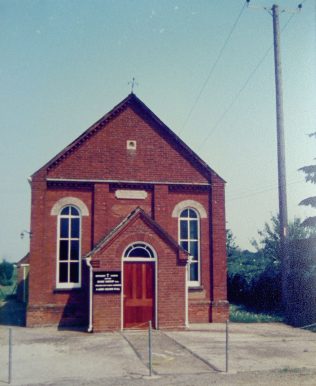 The Hopton Primitive Methodist chapel in Keith Guyler’s photograph was opened in 1885.

A preaching room had previously been registered in 1835. The 1855 Religious Census records Primitive Methodists as meeting in a house for about two years.  Attendances were 6 men in the morning, 40 in the fternoon and 19 at night. More men than women attended. The return was completed by Samuel Smith, local preacher.