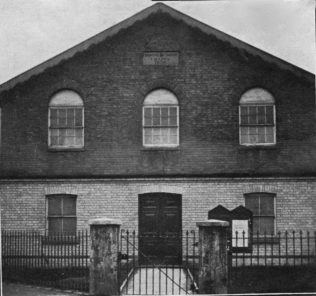 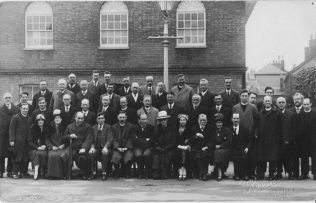 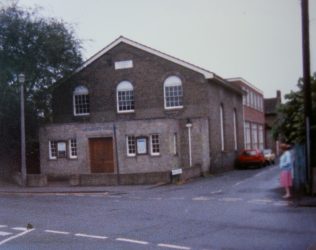 My grandfather, Revd Frank C. Davidson, was the minister at this chapel in Stowmarket, Suffolk, 1908-1912 and 1924-1928.  My mother attended junior school in Stowmarket during this latter period, from the age of seven to eleven.

The second picture shows a gathering of Methodists in front of this chapel, dating perhaps from the earlier period.  Someone has written 1910 on the back of the photo in pencil.  My grandfather is easy to pick out; he is at the right-hand end of those seated. Like many PM ministers, he never wore a clerical collar.  I don’t know who the rest of the people were though.  Perhaps someone will recognise an ancestor?