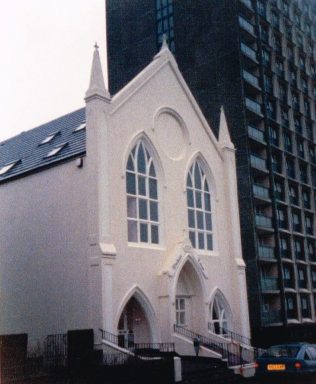 After Primitive Methodist use it was used by Christian Brethren then Greek Orthodox.  It has been converted into flats – Windsor Lodge.

But it is not quite as straightforward as that.  The Primitive Methodist magazine for 1887 tells of the opening of a new chapel in High Street Brighton to replace the Old Broad Street chapel. This was 10 years before they acquired the High Street chapel in the picture.  The chapel was free from debt. What’s the story?