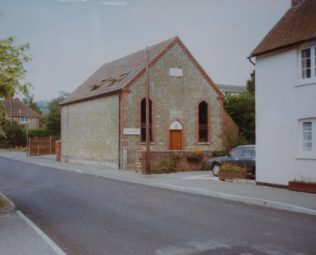 Fenhurst Primitive Methodist chapel was opened in 1845.  It had been built as Providence chapel, an Independent group, before it was adopted by the Primitive Methodists.  At the time of Keith Guyler’s photograph it was in use by the Brethren Worship Hall.

On Google Street View in 2011 it is the base of a firm of curtain fitters.