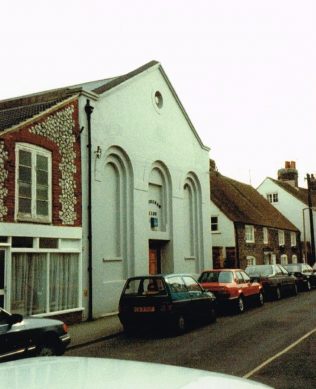 This Classical-style chapel was opened in 1862 for the Primitive Methodist community. When a new chapel opened in 1879, it became a Salvation Army hall.

There’s a mention in the January 1880 Primitive Methodist magazine of the laying of the top stone for the new chapel. The April 1880 magazine contains confirmation of the opening.

Since the 1930s it has been home to the Shoreham Snooker Club.