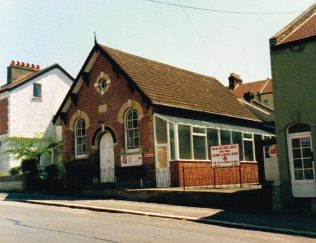 The new chapel measured 23′ x 36′ and was built in the Italian style. It cost £365 with £126 raised. The design was deliberately kept simple – as many people in the neighbourhood had been “led astray by pompous show of altar cloths, wax candles and priestly vestments”.

How does this 1866 account  accord with the 1891 date above? The Primitive Methodist chapel is marked on Newgate Road  – in the same location as maps up to the present day so is probably the same chapel, but an earlier building or a redeveloped building.

Keith Guyler calls it Newgate Street although it is currently Newgate Road.