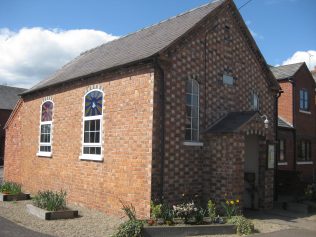 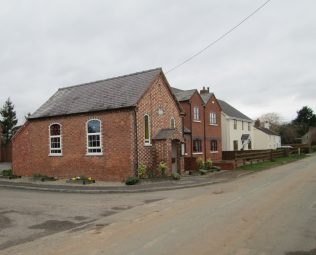 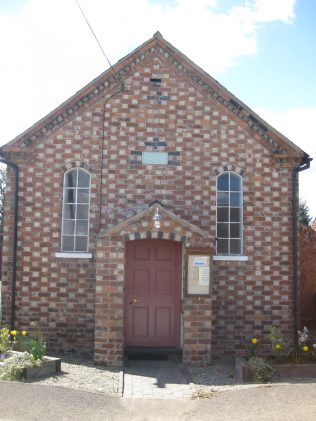 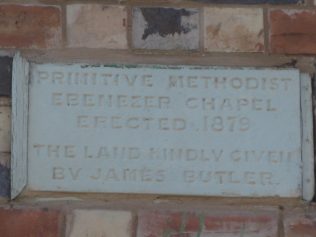 Bettisfield, in the old county of Flintshire, was in Prees Green Circuit. Prees (which is Welsh for brushwood – prys), or Prees Green, was the place chosen as head of the former Shropshire Station of the Burland Circuit, when it became a circuit in its own right in 1825.

Protracted meetings were introduced into Primitive Methodism in the 1840s. A chapel was open for up to a week every day or every evening, and one or two people would be present at all times. As Minor (1982:144)1 describes them they:

involved a series of nightly meetings in a particular chapel lasting a week or longer and with a different preacher or preachers each night. Usually held in December or January in rural areas when agricultural work was lighter, these meetings were largely intended to revive the lukewarm piety of those already “in”, although they did succeed in bringing in outsiders and led to conversions.

The 1851 religious census records 45 Sunday School scholars in the morning, an afternoon congregation of 40 people.

The chapel’s 1879-1979 centenary leaflet relates that on 27th April 1851 cottage lectures began in a village shop, instigated by a group of Dissenters, but led by the vicar and a teacher. The vicar decided that a wooden chapel should be built to hold 80 people, with men on the right and ladies on the left. Circuit Minutes record that in June 1852 it was decided, “That Bettisfield come off the plan and Millhouse come on instead of Bettisfield,” presumably because of the Anglican wooden chapel. An Anglican church was opened in 1874, and the wooden chapel was pulled down in 1875. “It may be assumed that that Dissenters began looking into the possibility of a building of their own,” says the leaflet, for the Primitive Methodist chapel was built in 1879. The notice over the door gives its name as Ebenezer with the addition “The land given by James Butler.”