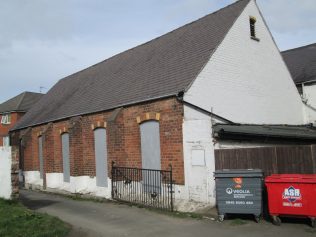 There were services in a cottage in Connah’s Quay in 1858, chiefly led by workers from Buckley. They moved to the cottage of Captain Taylor, near the quay, and remained there till 1864 when the first chapel was built. A more commodious chapel was built in 1884, and a new chapel was planned but not built by the time of an article in the county archives, because of the war.

The chapel was called Bethel, and was associated in the Circuit with the nearby chapels at Ewloe, Queensferry (Zion) and Sandycroft.