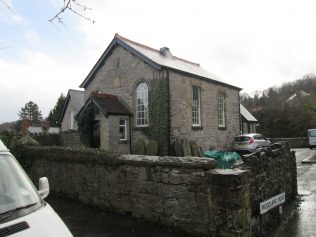 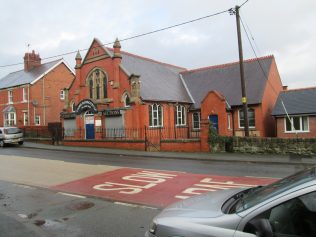 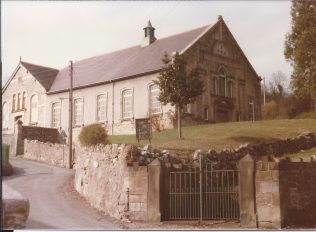 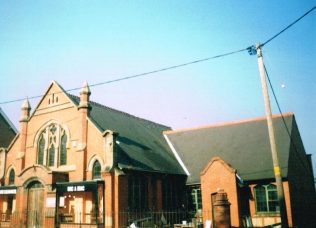 It is difficult to trace the PM Oswestry Circuit’s work in Froncysyllte, which is often abbreviated to Vron or Fron, because there are so many places in Shropshire and Wales with that word as their name or part of their name. It means “breast” (human, or of a hill). The date over the door of the attractive, neat chapel in the top photograph is now illegible. However, some gravestones are laid against its wall from its graveyard, one of which says;
“Well done good and faithful servant. In loving memory of Richard Jones, Bee Bank, Vron, one of the founders and for over 60 years a devoted member of the Primitive Methodist Church, Vron, who entered the homeland August 16th 1913 aged 83 years.”

This suggests that the society was founded in the early 1850s, so perhaps the chapel was built in the 1860s. It stands in the heart of the village, and is now a school canteen.

A second chapel (middle photo) was built in 1914, presumably to replace the smaller one, but stands away from the centre of the village beside the main London to Holyhead road (the A5). It is called the Richard Jones Memorial Chapel.

Another of the gravestones beside the wall of the first chapel is partly in English and partly in Welsh, and marked the grave of the Baptist minister, so perhaps the Primitive graveyard was used by a range of Nonconformists in the village. The Baptist chapel (where I used to preach occasionally – third photo) was closed after subsidence caused it to “collapse”, as a local resident put it to me.