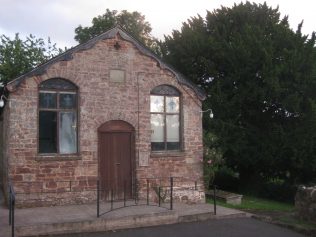 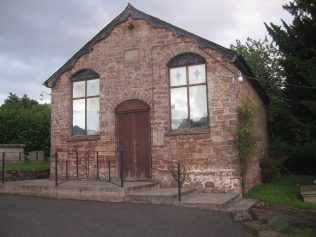 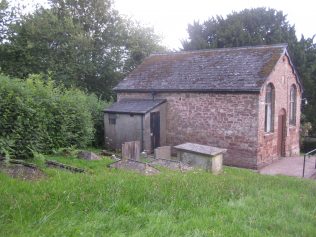 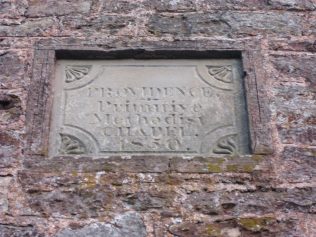 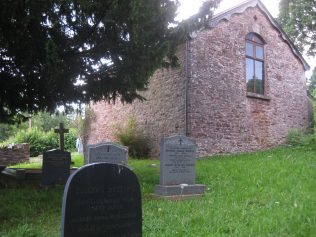 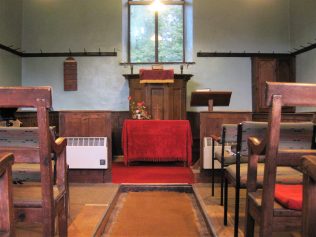 Wonasaint had been missioned in 1840 and services after that were held in a cottage. As the society grew it was decided to build, and the new chapel was stone built and accommodated 150.  The cost was £110 of which £58/2/10 had been raised by the time of opening.

The chapel is recorded as being in the Pillawell Circuit. Pillawell is now more often spelled Pillowell and is in Gloucestershire, just north of Lydney. The land for the chapel was provided (at a nominal value) by Miss E. Williams of Gwern-y-Saint Farm. Gwern-y-Saint Methodist church is still active in 2017 with a weekly Sunday morning service. The Chapel is surrounded on three sides by a graveyard as shown in the photos. It is in the Wonastow Parish, to the west of Monmouth.

N.B. There appears to be some confusion here relating to what was written in the Primitive Methodist Magazine, namely Wonasaint and to Gwern-y-Saint – the name to which the chapel is known by. Was Wonasaint a ‘local name’ in the mid 1850s?