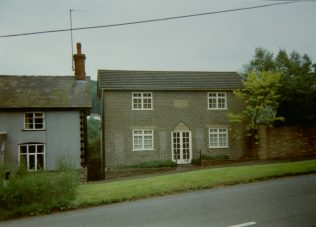 The Primitive Methodist magazine for June 1852 contains an account by Joseph Hutchings of the opening of Loiney Primitive Methodist chapel in the Presteign circuit. Thanks to Liz Carr we know that Loiney was also known as Lloiney and, more recently, Lloyney – see the comment below.

During the period of building the society doubled in size.

The Methodist Leader gives an account of school anniversary services in August 12th 1926:

“The school anniversary services at Lloiney were held on Sunday and Monday last. Rev. G. Albert Price presided in the afternoon and Mr. J. Griffiths in the evening. Selections were -given by the children, and the choir, under the leadership of Messrs. T. Bayliss and J. J. Aforgan, gave several musical items. The special soloist was Miss Preece. On Bank Holiday Monday the sports were held at the lower Goitre (where they have been held for the past fifty years) by the kindness of Mr. and Mrs. Davies.”

The chapel was closed in the 1960s and at the time of Keith Guyler’s photograph in 1993 and on Google Street View in October 2011 was in use as a house – Lloiney Lodge.