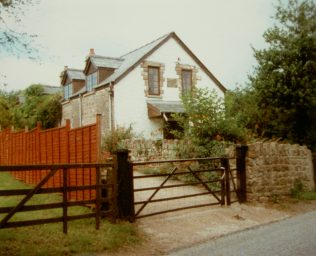 Penallt is south of Monmouth.  In the early 1900s, The Primitive Methodist Circuit consisted of Monmouth, Broad Oak, Penallt, Newton Common and Gwern-y-Saint, and had its minister in Monmouth.

The chapel was converted to a house well before 1989, the date of the photograph.