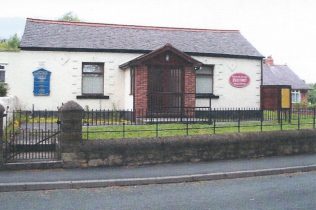 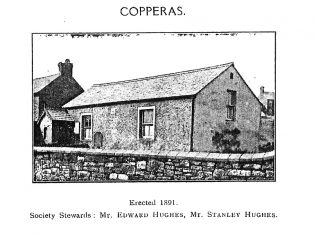 According to document 0814 Penycae at Wrexham county archives, the Primitive Methodist cause at Copperas began in the late 1880s, first in the open-air, then in a home. In February 1890 a spacious shed was acquired, which had previously belonged to some zinc smelting works and had been used by a blacksmith to shoe horses working for the smelting works.

However, the 1940 statistics for Methodist Church Buildings says the building dates from 1870. (Perhaps that is when the large shed was originally built?)

One of the pioneers and mainstays of the cause was Edward Hughes, who was known as Ted the Bishop.

The chapel closed fairly recently and has been demolished.