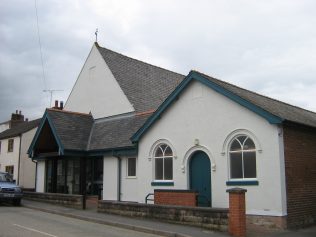 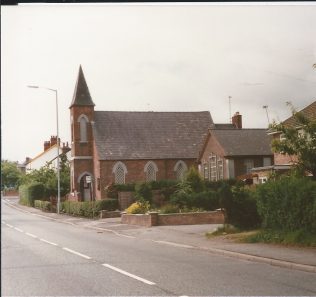 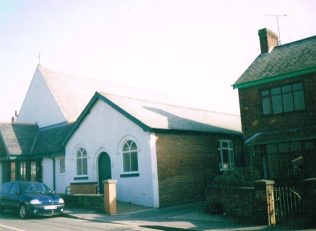 The Veterans’ Souvenir booklet (1914) relates that men from Alltami and Buckley introduced Primitive Methodism into Penyffordd with open air meetings in the summer of 1852. The 1852 work also met in a pub, and the first chapel was built in 1855.

The 1919 Primitive Methodist Magazine (page 845) contains an article by Rev. William Watson, which adds extra detail, saying there were open-air meetings in Penyffordd in the summer of 1852, and a small chapel was built that year but later abandoned because of a defective title. A new building was erected in 1855.

Kinnerton was missioned by Edward Bellis of the Penyffordd society, together with Mr Duckers of Chester. Services were held in a small cottage, till the chapel (q.v.) was opened in 1864.

The originally Primitive Methodist society in Penyffordd has amalgamated with another nearby Methodist work (not Primitive) and with the Presbyterians, whose chapel (shown in the middle photograph) has been demolished.

It is regrettable that the call to passers-by to “Prepare to meet thy God” has been painted out from over the door and windows seen in the upper (Methodist) photograph.