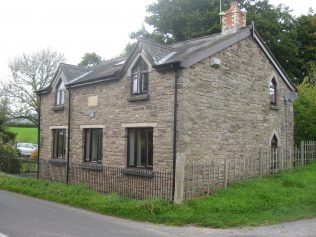 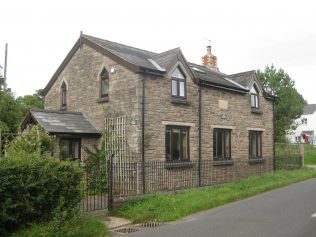 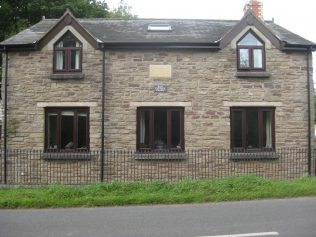 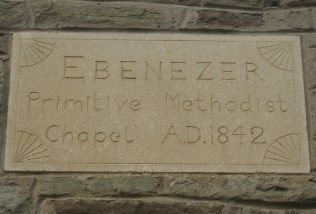 This chapel is situated on the B4521 between Caggle Street and Cross Ash. It is in the parish of Llantilio Crossenny.

In the 1851 religious census James Jones, the minister, reported that attendance in the morning was 45 and in the evening 70.

The National Archives hold records of the chapel from 1851 to 1987.

The Primitive Methodist magazine for 1843 contains an account by John Wapplington of the opening of Rose Cottage chapel, transcribed here by David Tonks:

“ROSE COTTAGE  chapel, in Cwm circuit, was opened for divine service on Sunday, June 26th, and July 3rd, 1842.  The officiating preachers were Mr. J. Hobson, of Monmouth, Mr. C. J. Harris, of Hereford, the Rev. Mr. Bunn, Independent minister of Abergavenny, and the Rev. Mr. Hiley, Baptist minister of Llanwenarth.  The services were powerful, and the language of those engaged therein was, “Master, it is good to be here.” The collections were twelve pounds twelve shillings.

The building has stone walls, stands on an eligible site of land, is twenty-seven feet by twenty-one within, and thirteen feet high to the ceiling. It has seven pews, which seat fifty persons, the whole of which are let; and the remainder of the spare room is occupied by free benches.  The trustees hold it by a connexional deed. It has cost one hundred and thirty pounds; towards which, fifty pounds have been raised by collections made privately and at the opening; and twenty-six pounds two shillings and sixpence have been promised on the Golden System, towards the anniversary collections of 1843.

Great praise is due to Mr. Jones, who gave the land, superintended the building, and assisted otherwise in its erection; and to the farmers, who kindly hauled most of the materials gratis.  May they meet with their reward in life and in eternity.”

In 2017 the building had been converted into a house.