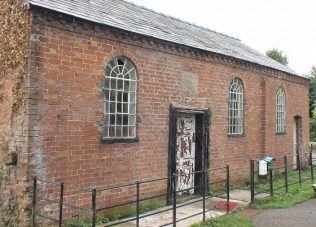 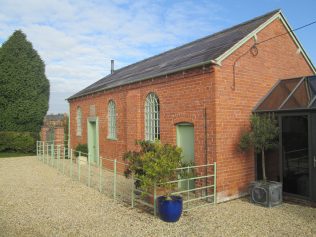 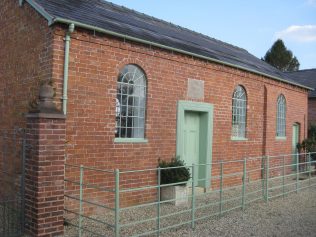 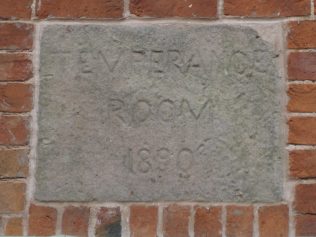 Methodists in the Cockpit

In Early Recollection of Mr. William Doughty, and of Primitive Methodism in Oswestry Thomas Minshall looked back to 1823 when Doughty was sentenced to one month in Shrewsbury jail after preaching in the street in Oswestry. Minshall writes: “I well remember looking down through the grating at him.” Doughty wrote to one of the people who sent him provisions in jail:

I feel at this time a love to every soul of man; even my enemies if I have any. But he that has put me in this place I do not count as an enemy.

Talwrn Green (where Doughty preached later on) was in the Oswestry Circuit, which was formed in 1833. Another minister was William Fitzgerald, whose Journal records a visit to “The Sarn” (a sarn is a paved way, and The Sarn refers to the crossing of the Wych Brook just outside Talwrn Green into England):

9th January 1833 Preached at the Sarn. A large congregation. A good time. Held a prayer meeting: many wept. One professed to be made happy.

Sunday 24th February At the Sarn. These people have formed a prayer meeting on the Sabbath morning. I went to the meeting and gave a short exhortation. This was a glorious time amongst us. In the evening was assisted by Brother Eaches. We had a powerful meeting and many wept because of their sins. At night led the lovefeast. The people spoke with great liberty. The converting power of God came down, and many were brought to the ground. Some of the friends told me there were six converted to God. Praise the Lord, in this place he is laying hold of our persecutors; in particular one young man who has been a great despiser of our people. It had pleased God to convert one of his sisters… and he said that if ever he should see her down, he would kick her… On Sunday night he went to the meeting; he cried to God for mercy; and in a little time God, for Christ’s sake, set his soul at liberty. In this place we have hundreds coming to hear us. Our preaching house is not near large enough for the people; but our kind friend, Mr Holland, has fitted up his barn, which will hold some hundreds.

Wed 27th February At the Sarn. I arrived at the place before the time, and it was crowded with people. [after the meeting] the people would not go away, so we formed two praying companies; the people prayed, and sinners cried for mercy; and the friends told me that many were converted to God. Truly this was a powerful meeting.

There were also camp meetings. In 1838 William Doughty wrote “Sunday 2nd December Tallen Green 6 pm At half part one began to mission Tallen Green, going straight up to the Wood and preached eight sermons.” By 1842 there was a Sunday School, and in 1845 the first chapel (shown in the photograph), with sittings for 40 people, and revival meetings were held to maintain zeal and draw new converts to Christ.

On December 30th, 1849, I conducted a lovefeast here; and while the assembly – before commencing a prayer-meeting, to relieve the dullness generally felt – sung a hymn on the efficacy of the Saviour’s blood, the descent of the Holy Spirit was encouraging. Nearly as soon as we had started to pray, a man cried, “Lord, save me!” I exhorted him to believe instantly for salvation; he complied, and shortly exclaimed, “I’m glad; I’m glad! I never thought there was so much happiness in religion as I now feel.” Near him kneeled a young man who beseeched God for mercy, and was soon comforted. Not far from the latter, a young woman believed and was justified…

On January 1st 1850, I was again appointed for Tallen-green; and beheld six fresh penitents obtain redemption… My soul thirsts for the salvation of precious souls; and the Lord will, if I be faithful, give me the desire of my heart.

Talwrn is Welsh for cockpit. This short article on “Methodists in the Cockpit” shows something of what Methodism was like when it first came here: the same Methodism which claimed my own commitment and vision in the 1960s.

You can read more about the earlier 1846 chapel on this page together with further picture.