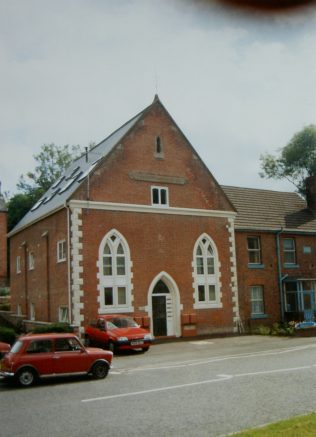 The 1851 Religious Census refers to a Bethel Primitive Methodist chapel,built in 1836 with an attendance of 30 in the afternoon and 50 in the evening.  There was no Sunday school.  The entry was in the name of James Barnes, Minister, Newtown and noted “The chapel has been closed for 2 years and only reoccupied again the last 3 months.”

There is an account by William Wyld in the Primitive Methodist magazine of the opening of the chapel in 1836. Opening services took place on 29th and 30th May 1836 with sermons from Bros William Horsnell, Edward Parry & Wiliam Wyld.

The chapel, which had two small houses underneath, was 24′ wide by 27′ long.

Keith Guyler notes that the building in his picture was opened in 1870 and had closed before 1940. At the time of his photograph and on Google Street View in 2010 it was used as residential flats.