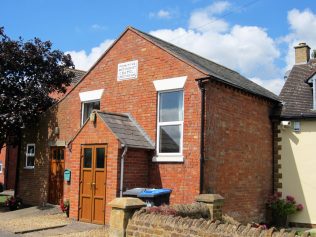 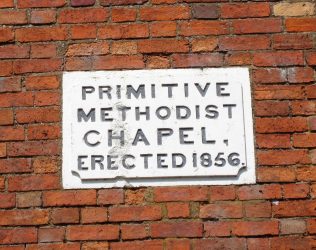 Grandborough Primitive Methodist chapel in the Leamington circuit was opened on July 6th and 7th 1856 to serve a neighbourhood of around 500 [people.  The village had been missioned for the Connexion some twenty years earlier by Messrs. Leaker and Langham. Subsequently, services were held in brother E. Tims house, and in time the society bought a part of brother Tims’s garden to be the site of the chapel.

Preachers at the opening were Rev. G. Warner, of Malmesbury, Rev. J. Webb, Baptist minister, of Thullerstone and Rev. A. Smith, Baptist minister, of Branstone. “On Monday a tea-meeting was held; and although it was a busy time, being hay harvest, we had ninety persons to tea.”  The celebrations were recorded by H Platt in the Primitive Methodist Magazine of 1856.

The chapel is still active in 2017 as Grandborough Methodist church.

There is more about the chapel on the Grandborough village website

“Mr Edmund Timms licensed his home as a preaching house in 1851 and then provided land for building the chapel. The plaque above the door says: ‘PRIMITIVE METHODIST CHAPEL ERECTED 1856’. The chapel cost £90 to build of red brick with a slate roof. Joseph Arch’s daughter preached from a wagon in the village in 1871, and Elijah Cadman, a converted chimney sweep and famous local activist, preached here and got so carried away that he kicked out a panel in the pulpit (now commemorated by a plaque).

The porch was added during renovation in the 1980s. An extension at the side has a plaque saying ‘ERECTED TO THE GLORY OF GOD JUNE 1991 I SAMUEL 7 v. 12’. The original brickwork looks to be in need of some attention. It was part of the Rugby circuit. The chapel appears in trade directories from 1876-1932 and on OS maps from the 1880s onwards.  It is still in use as a Methodist Church.