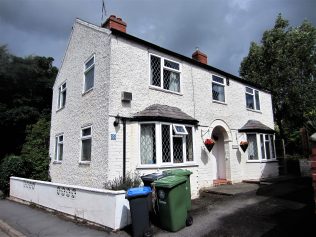 Harbury he says “contains 1,200 inhabitants, and, in most respects, is considered to be in an improving condition. The new vicar of the parish is putting into operation all means in his power to re-model the entire village, and to secure to his church the attendance of all its inhabitants, and we are striving to promote their spiritual interests as far as we are able.”

Hence they opened  a new chapel 25′ x 20′ and 15′ high, built of brick with a blue slate roof and a red deal floor. The entire cost was £143 of which they had almost raised the required one third.

The opening services were held on the 4th and 11th of July, 1852. Brothers
Juggins, Blackwell, Yeates, Stephenson, and Mrs. C. Furneyhough took part in the services.  On Monday, the 12th, a tea-meeting was held. The chair, at the public meeting, was taken by G. Ellis, one of the trustees of the chapel.  Special thanks were due to Mr. R. Mander, of Banbury, for the neat inscription stone and  to Mr. G. Knight.

Harbury Primitive Methodist Chapel was closed 1933 on Methodist union and was converted into a house. The Wesleyan chapel in the village closed in 1970.

Anne Langley has provided further information about the Harbury society:

“The 1851 religious census records the congregation meeting in a building erected in 1800 (obviously for some other purpose): it had 80 sittings and 70 attenders at the evening service. A 20 x 23 foot brick chapel with a slate roof was built in Mill Street for £187 in 1852 and a Sunday School for 50 children added beside it two years later though it had lapsed by 1912. In 1895 there were 70 attenders (of whom 25 were members). Leamington circuit records include details about this congregation up until 1930.

The chapel appeared in Warwickshire trade directories from 1854-1932 and on OS maps from the 1st edition 1880s onwards. There is a nice old photo of it on the ‘Our Warwickshire’ website. It was still shown as a chapel on a 1950s OS map. The building survives in good condition; it is now called ‘The Old Chapel House’; the brick has been covered in stucco, painted white, and I suspect the windows have been altered.