where John Wright was bruised, torn and gored by an infuriated cow, and saved from an untimely and melancholy death by a most striking interposition of Divine Providence 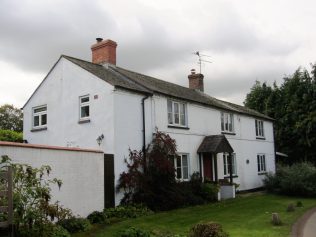 “Priors Hardwick is a small village which was missioned a few years since by our ministers, who preached to its inhabitants the Gospel of Christ, the power of which was soon manifested in the reclaiming of some of the most profligate, and a society was formed. A chapel became a desideratum, and preparations were made to secure land. In accomplishing this object the writer was bruised, torn, and gored by an infuriated cow, and was saved from an untimely and melancholy death by a most striking interposition of Divine Providence. A neat brick structure, 21 feet by 14 feet 6, and 14 feet high, covered with blue slates, was reared at an expense of £80, one third of which has been obtained. Opening sermons were preached by Messrs. Harrison and Palmer. The services were powerful, and good was done.”

Anne Langley tells us more about the Priors Hardwick society:

“A chapel was built here in 1859; it had 58 sittings and cost £141. A few children attended Sunday School in the 1890s. Leamington circuit records show that it was sold in 1922. The chapel appears in trade directories from 1874-1921 and on the 1st and 2nd edition OS maps (1880s & 1900s) but had ceased to be a chapel by the 1950s. I was assured by a local Methodist that ‘Priors Cottage’ is the former chapel; the building is in good condition and the chapel was probably the central part, with extensions added later at either end.