You are here: HomenextChapelsnextWarwickshirenextStretton on Dunsmore Primitive Methodist chapel 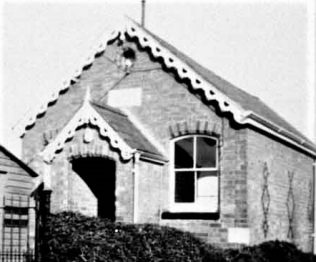 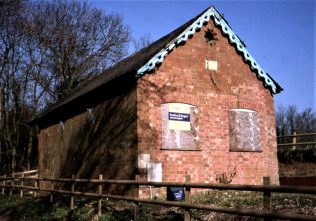 A group of Primitive Methodists initially met in Stretton on Dunsmore in an outbuilding in the centre of the village. A tiny chapel was built in 1871 in Plott Lane for £90 with 30 seats; the foundation stone being laid by the Rev. Ball. Many of the initial trustees came from Rugby; the Stretton trustees, mostly unskilled agricultural labourers, included George Allington, a trade union official who subsequently emigrated to New Zealand.

The chapel was extended slightly in 1873. Mr Smith, a shepherd from Easenhall, used to walk 6 miles (each way) to preach in Stretton.

During World War I a joint memorial service was held in the church in May 1918 for Gunner Henry Howkins, a respected member of the Primitive Methodist congregation, with the Rugby Primitive Methodist minister reading a lesson, whilst the Anglican vicar gave the address. Later that year a joint service was held on the village green to mark the anniversary of the outbreak of war ‘with some very hearty singing’.

Some children attended both this chapel and the local Anglican church (with their elementary schoolfellows) whilst adults attended either church or chapel but not both. Baptisms and funerals (followed by burial in the parish churchyard) were held in the chapel, but it was not licensed for marriages.

The chapel finally closed in the 1970s; it was said to be the smallest building used for worship in England at the time. It stood derelict for some years and was then used as a store by a local builder. Later he converted it into his home after considerable negotiation with local planners over issues such as the limited head height on stairs installed to reach a new upper floor. The chapel appears on Warwickshire Ordnance Survey maps but not in local trade directories.

lists of trustees (in private hands) ;

Stretton on Dunsmore parish magazines, May and September 1918.