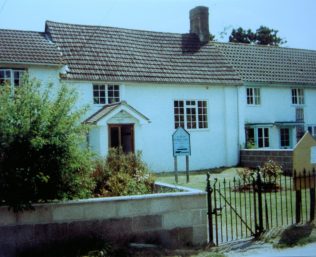 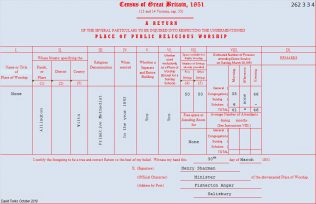 The building was rendered with cob walls and patent tile roof and was actually converted from an 18th century cottage. It had a large window in the front wall and a gallery at the north end with a balustrade front. Inside there is a monument to John Young, dated 1818 and his widow, Mary. In 1851 the chapel’s congregations were larger than the church and the 1851 census survey shows 41 attending the chapel in the morning and 46 in the afternoon. By 1864 half of the inhabitants of Allington were Primitive Methodists but they would also attend the church services.

At the time of Keith Guyler’s photograph in 1989 and on Google Street View in 2009 the chapel is still in use.  However, in 2014 it was for sale as a two bedroomed house.