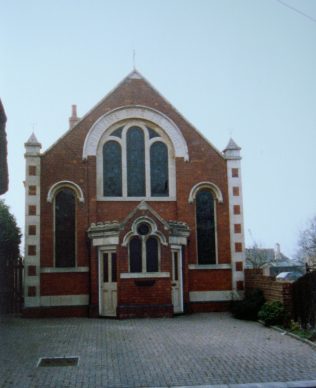 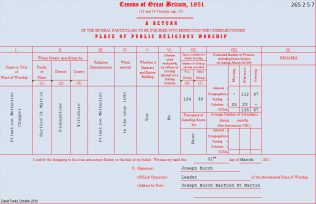 Barford St Martin is one of the villages in the Nadder valley to the west of Wilton.  The Primitive Methodist chapel on West Street is no longer in use but clearly proclaims the date 1902 in the arch over the central window.

Can anyone explain this?

A further piece of the jigsaw comes from the return from Barford Primitive Methodist chapel in the 1851 Census of Places of Public Religious Worship. Joseph Burch, the leader, says that the chapel which accommodated 142 was opened in 1845. On Census Sunday, 112 people attended in the afternoon and 97 in the evening.  There was a Sunday School of 23-25 scholars.