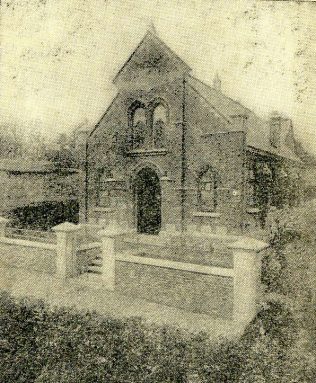 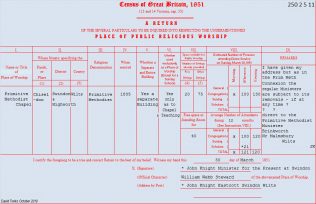 British History online records that Primitive Methodists at Chiseldon registered a building in 1835.  In the 1851 Sunday Census average attendance there on a Sunday was reckoned to be 121 people in the morning and 120 in the afternoon.

“The first building was erected in 1853. In 1896 a new Church and Schools were built, which are a credit to the Trustees.

The Primitive Methodist Magazine of February 1854 includes an account by J Dobinson of the opening of the chapel on December 4th and 5th  1853 by Mr J Best of Radstock who preached “three profitable sermons.”  Other preachers were I Humphries and Mr Dobinson. The article refers to the Prims having had a chapel in the village for many years, but it had become too small; its replacement was “a neat, substantial and commodious edifice.”

Mr Dobinson spells the village Chisseldon, not the current spelling.  At one time the village name signs on the main Swindon to Marlborough Road through the village proclaimed Chiseldon at one end and Chisledon at the other.