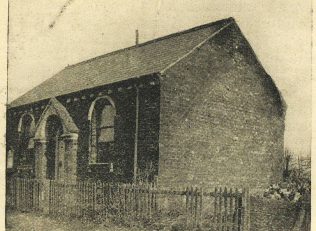 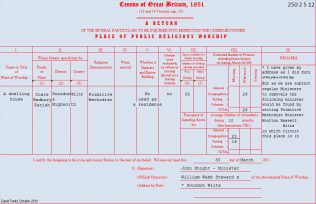 Primitive Methodism appeared at Coate early in the century, since in 1828 a building occupied there by Joseph Smith was registered for worship by this denomination.

For many years the Services were held in the cottages of Messrs. Webb and Gregory.  In 1888 the present building was erected.

The 1851 Census of Places of Public Religious worship return for Coate was completed by William Webb, the steward and John Knight, the minister.  Is William Webb the cottage owner?

The 1888 building was closed many years ago but is still visible on Google street view from June 2012, looking unused but essentially sound.