You are here: HomenextChapelsnextWiltshirenextA - CnextChippenham Sheldon Road Primitive Methodist chapel and its forerunner in Lowden 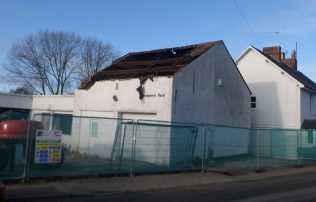 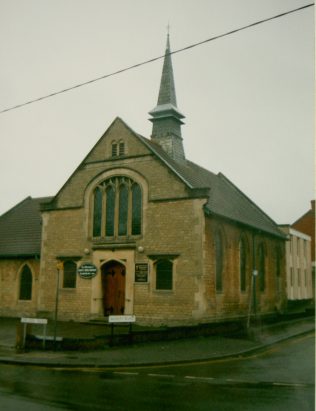 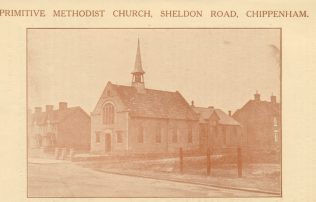 There is an account by John Richards of the opening of Lowden in the Primitive Methodist magazine of October 1855.  “On Sunday, August 26th, 1855, we opened our new chapel in this hamlet with a profitable prayer meeting, at the close of which a number of friends sang in procession from the chapel to Ivy-park, kindly lent for the occasion, where a tent, capable of holding about 600 persons, was erected, and well supplied with forms, in order that the services connected with the opening might be performed therein. Two sermons were preached, that in the afternoon at half-past two, by the Rev. E. Bailiffe, and in the evening at six, by the Rev. H. Pope.

The weather being propitious, the novelty of preaching in a tent drew together a large congregation, who were evidently delighted and profited while listening to the word of truth. On Tuesday, the 28th, a tea-meeting was held in the said tent, when about 300 persons were amply supplied with the good tidings of God’s providence, got up in a style highly pleasing and satisfactory to the party, and credit able to the friends who managed the affair, and who gave nearly all the provisions. The cost of erection is about £120, towards which sum upwards of £60 has been raised by subscriptions, tea-meetings, and opening collections. The trustees tender their thanks to Mr. J. B. Dowding, for the gift of the land ; to Mr. Rixson, for 5,000 bricks, and to the friends generally who have aided so nobly in the good work of providing a house of prayer for the increasing population of Lowden”

The Lowden chapel was replaced by a new chapel further north at the junction of Sheldon Road and Audley Road, opening on 27th November 1901, just 5 years after the large Causeway chapel was opened in the centre of town.

Causeway chapel is now closed, but in 2015 Sheldon Road chapel is still in use.

When this page was posted, it wasn’t clear whether any of the first Lowden chapel still stood.  Thanks to David Watts for providing the picture of the building in the course of demolition.  It is possible to see “before and after” pictures on Google Street View. It is still there as part of a former garage in August 2018 but  the April 2021 picture shows new housing on the site.