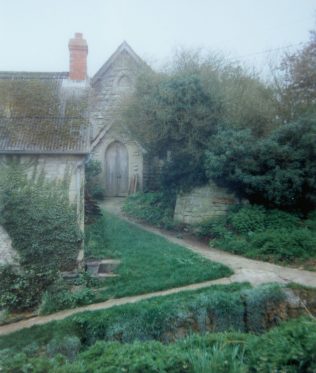 Hatch is north east of Shaftesbury.

At Hatch on 21st September 1846 a primitive Methodist meeting house was certified. This was a house owned by Luke Turner.  He was a cordwainer, an occupation which involves making shoes out of soft leather. A small Primitive Methodist chapel was built at East Hatch in 1872 that would accommodate 90 people. It was not used after 1941.

At the time of Keith Guyler’s photograph in 1993 it was a semi derelict store. However, on Google Street View in June 2011 it is not visible from the road but a house name “The chapel” is visible on the dry stone wall.