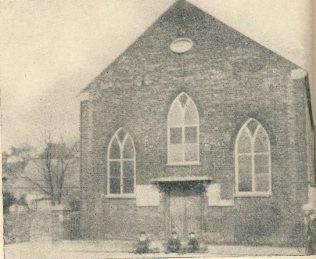 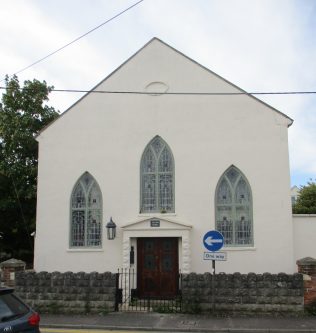 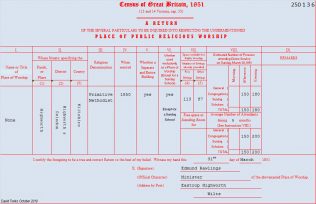 In The Primitive Methodist Magazine for October 1851, Edmund Rawlings records the opening of Highworth Primitive Methodist chapel on July 27th 1851. It reports that Highworth was missioned in 1830 and the first chapel built in 1838 under Bro. Preston. As the society grew, this chapel was taken down and rebuilt. The change is captured by the 1851 Census of Places of Public Religious worship of March 1851.

Mr Horton laid the Foundation stone in August 1850 and Rev Gilbert preached the sermon.  The chapel came into use in November 1850 – sermons by Revs West and Cummins and Edward Hunt Butler Esq. Opening sermons were preached by Rev. Preston and H James.  Practical gifts were given by Miss Gibbs, Miss Matthews, Mr Drew and Mr J Garner.

Highworth Church was built in 1850, and at one time was the head of a Circuit.

This chapel closed and the Primitive Methodists joined with the Wesleyan Methodists in a brand new building in 1964.  In Google street view the building  is shown as used by Highworth Silver Threads (July 2008).  It was later advertised for sale.

Official Handbook of the Brinkworth and Swindon Centenary District Synod 1910