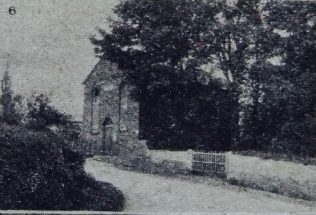 An unnamed gentleman gave the land for the chapel and helped with the building of it. The building measured 16′(w) x 24′(l).

The Purton Stoke village website gives further detail, including the following whcch made me smile.

“In 1868 it was decided to move to another site: the 1832 building was pulled down and the materials used to build the present chapel. It is said that the local “Gents” who had horses were unwilling to lend them, so the members themselves loaded up the bricks and with a whoop and a shout and a “glory” the “human horses” rushed them up the little hill on to the building site”

The new site was in Pond Lane.

I remember taking a service at the chapel in the 1960s as part of the Young People’s group from Stratton St Margaret. The chapel closed in 2012 and was converted to residential use.