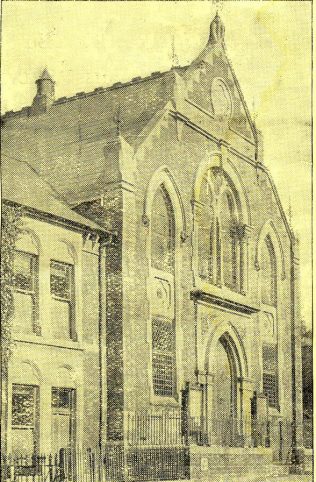 This church was situated in the new working area of Swindon which grew rapidly with the development of the Great Western Railway.  The first building was erected in 1882 on the back portion of the site, leaving a space in the front for a new church, which was built in 1900.

In 1910 its vital statistics were recorded in the Synod Handbook as:

The Souvenir and Official Handbook of the Brinkworth and Swindon District Synod (April/May 1925) says of Clifton Street:
“Retaining the old spirit of Primitive Methodism, yet adapting itself to modern conditions, Clifton Street has played a worthy part in the religious life of the town.  The services are marked with reverence yet full of life, goodwill prevails amongst the members …  strangers are made welcome.”

The church was still open in 1970 but building has since been demolished and replaced by housing.