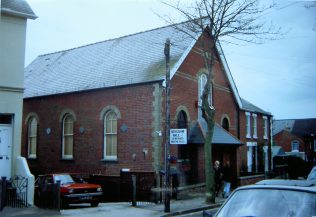 It closed in 1971 when it was taken over by Christian Scientists.  Since 1989 it has been used by Jehovah’s Witnesses.