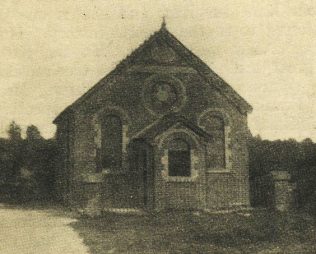 The land for the chapel had been given by the late Mr Sadler of Shaw. It measured 22′ x 16′, had a boarded floor and a slate roof and was surrounded by a stone wall and iron gate. It cost “only £68/16/10 and the trustees are placed in easy circumstances.”

“The first building was erected in 1852.  In 1882 a new Church was built which was greatly due to the energy and work of Mr W. Bridgeman.

Does the chapel still exist?