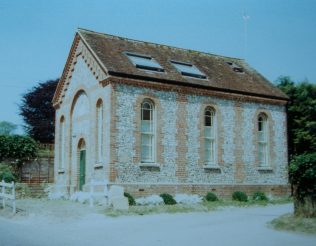 It was closed in 1957 and at the time of Keith Guyler’s photograph in 1988 it was in use as a house.  Before that it had been what Mr Guyler describes as a “rustic workshop”.

It is still a house in Google Street View in May 2015 called, inevitably, the Old Chapel.