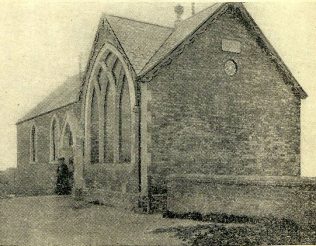 In 1829 Thomas Smith was permitted to use his house as a place of worship for Methodists, apparently of the Primitive connexion. In the same year there were 150 members.

“For about 20 years the services were held in the present building, formerly Baptist, which was then rented.  In 1882 the property was purchased and several improvements made, and in 1905 a new Schoolroom was erected adjoining the Church

The rented chapel referred to was Adullam Chapel in Kite Hill (Lower Wanborough) which had been opened by Particular Baptists in 1856. It was eventually demolished in 1965.