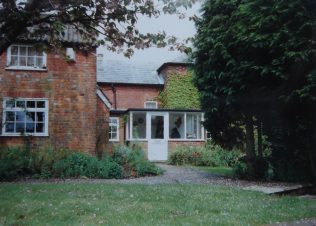 A Meeting House Certificate was first applied for in West Grafton in 1820. A Primitive Methodist chapel was opened on the 9th October 1859.  George Warner tells us in the 1859 Primitive Methodist magazine that when he arrived in the village he found they had a cottage but it was both unsanctioned and unsecured. The tenant claimed it and it was a “tedious and vexatious process at law” to get possession, but get possession they did.  It was taken down and a chapel built

The opening involved services and a tea meeting for 100. Preachers at the opening were Revs Phelps, Lewis (Wesleyan) and George Warner.

It was closed by 1964 and is now a private house – Chapel House.