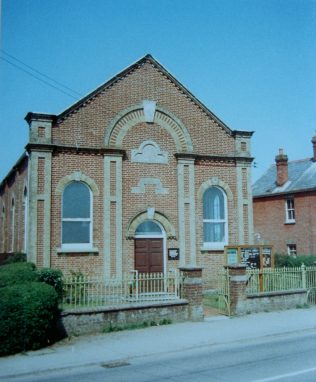 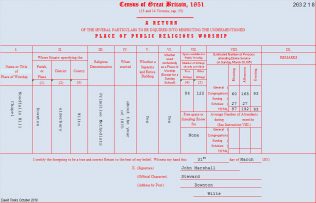 Woodfalls is a village south of Salisbury. The first Primitive Methodist meetings were held under some trees at the western end of the village. By 1832 two cottages were being used and in 1833 a chapel was built at the junction of The Ridge and Vale Road. This was built of clay and chopped heather with an earthen floor and thatched roof. It cost £10 to build and held 200 people.

Joseph Preston gives an account of the opening in the Primitive Methodist magazine of 1834 (page 184).  George Warner offered ground for the chapel in Dec 1832 and the opening services were held on 24/08/1833 & 27/08/1833 when the preacher was Bro. R Davis.  The magazine names the chapel as Woodfall’s Hill

In 1843 the chapel was enlarged and a gallery was added. On Census Sunday, in 1851,  over 100 people attended each of three services.

A new Primitive Methodist chapel was opened in 1874; this is the chapel in Keith Guyler’s photograph.  The schoolroom was replaced with a hall and classroom in 1926.

The Wiltshire online parish clerk website has some interesting articles from local papers.