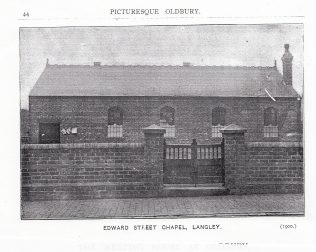 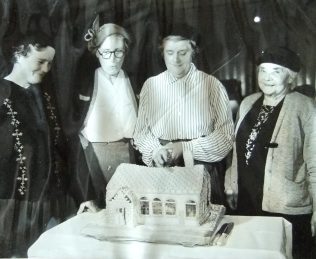 The first Primitive Methodist society met in an old workshop in Edward Street, which was later described as ‘a most unsuitable and inconvenient place’.

In 1900, the chapel was in the Blackheath and Quinton Circuit, and Rev J. S. Stanwell, who lived in the Manse at Blackheath, was the minister.

In 1956, as part of the Diamond Jubilee celebrations, an illuminated address was presented to Mrs P Taylor, ‘as a token of esteem’ for over 60 years loyal service.

Circuits changed over the years and Edward Street moved into the Oldbury Circuit and ended its life in Birmingham (West) & Oldbury.