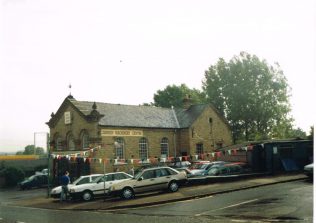 Hillside Chapel was first re-used as a second-hand car show room and at the time of Keith Guyler’s photograph in 1999 was a showroom for lawnmowers and other garden machinery.  This is still the use in Google Street View in 2009, but there were subsequent successful applications for planning consent.

Colin Dews tells us it has been demolished.