Three buildings in one 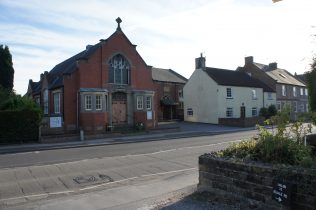 zoom
The present Methodist Church with the Old chapel behind, and the Old Manse in front
Peter Barber, 7/10/12 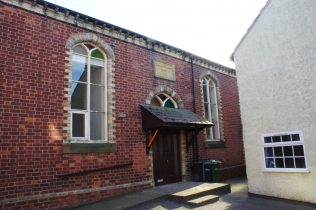 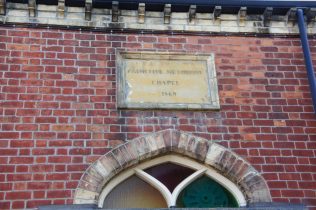 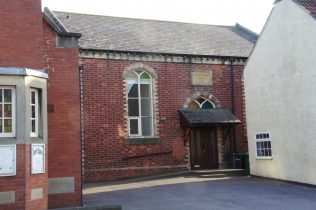 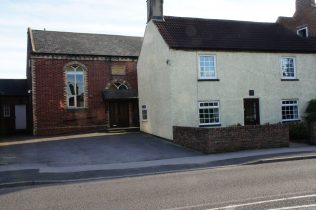 zoom
The Old Manse in front of the first chapel
Peter Barber, 7/10/12 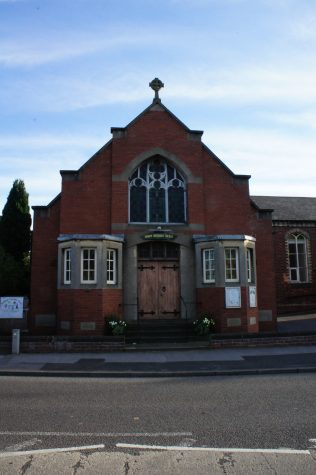 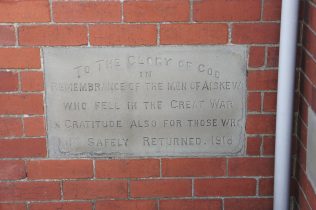 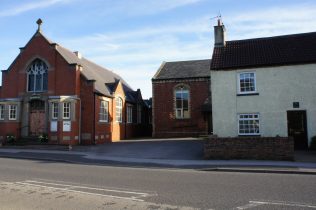 The Chapel was located ‘behind the minister’s house’. It is not clear which came first, but I assume the house on the roadside  was acquired as a manse, and the land behind was used to build the chapel. The alignment looks very strange today. Perhaps someone can throw light on the reason for this?

The present chapel was built in 1922. The Ladies’ Committee, which began in 1912, was instrumental in raising money for the new building, led by Florence Nattrass, the wife of James Nattrass. Other leading figures in the church at this time were W Hudson, J Oyston and J W Kettlewell.

James Henderson Nattrass was a local preacher for over 60 years, Sunday School Superintnendent at Aiskew for over 50 years, and a trustee of the chapel. James also served the local community as a member of Bedale Rural District Council 1933-1955, and its chairman in 1948.

Born in Garrowgill, Cumberland, in 1875, he was the son of William Nattras, a tailer and draper, and his wife Mary. At the age of 16 James was apprenticed to a tailer in Middleton, Co. Durham, and about 1896 came to Bedale as a draper’s assistant to Hannah Outhwaite, who had a shop in the Market Place. Here he met Hannah’s daughter Florence, and after he was promoted to manager, they married in 1910.