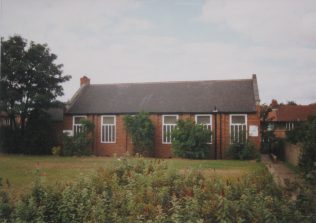 A Primitive Methodist chapel was opened in Armthorpe in 1832 and the chapel in the picture was opened 94 years later in 1926.  At the time of Keith Guyler’s picture in 1998 it was still active, but it has since closed.