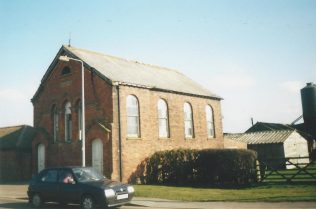 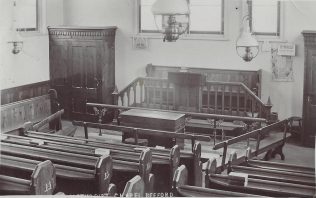 Beeford is south of Great Driffield and the  Primitive Methodists built a chapel and school on the south side of the street in or soon after 1839 and registered the premises in 1842. The site had been greatly enlarged by 1866 and the chapel was rebuilt in an Italianate style by Joseph Wright of Hull in 1873, at a cost of £460.  This was five years after the Wesleyans – rivalry! Other land was added in 1874, following the rebuilding.

It was closed in 1964 and at the time of his photograph in 2000 was described by Keith Guyler as unused and semi derelict.  I am unable to find it on Google Street View in September 2011.