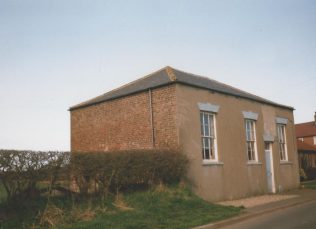 Bempton is north east of Bridlington.  Ebenezer Primitive Methodist chapel in the village was built in 1843 and enlarged in 1862.  It was closed in 1964 and in 1989 was a store.

Google Street View in September 2011 shows it still in this use and relatively unchanged.