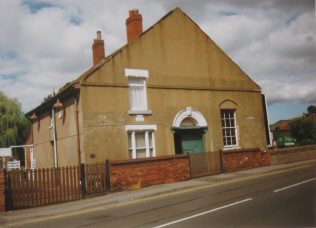 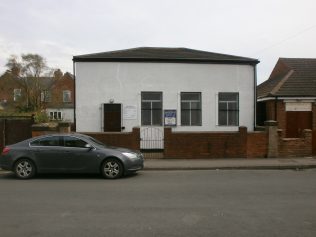 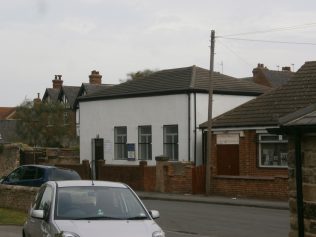 Keith Guyler’s exceptional collection of pictures of chapels which were formerly Primitive Methodist includes one labelled Cooke Street, Bentley. Thanks to Howard Richter for pointing out that this was in fact a Wesleyan and providing pictures of the appropriate chapel – see the comments below for more detail.

The Primitive Methodist chapel was nearby, in Chapel Street. In 2018 it is in use by the Christadelphians.

The Primitive Methodist magazine for November 1857 contains an account by T Newsome of the opening of Bentley Primitive Methodist chapel.  Bentley is described as a pleasant little village about a mile and a half from Doncaster, “once notorious for bull baiting, dog-fighting and other cruel sports”.

The society met for many years before 1857 in a private house.  However, once they had obtained a suitable plot of land fronting the village green,  it took them 14 weeks to build the chapel. Opening services started on August 16th 1857 with contributory sermons from Rev T Greenbury, Prof Tyte, H Crabtree (Pontefract), Rev W Lonsdale and J Manners (Balby).  The celebrations included the essential tea meeting.

Ebenezer Primitive Methodist chapel is marked on the 1892 1:2,500 Ordnance Survey map on the west side of High Street, just south of its junction with Finkle Street – roughly where the Post Office is in 2016.  It accommodated around 150 people – and in the short time since its opening “has already been the spiritual birthplace of twelve or fourteen precious souls.”