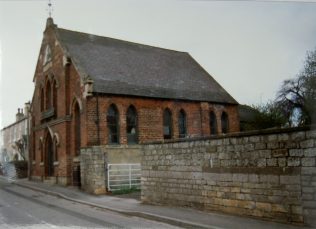 Early in the nineteenth century the Primitive Methodists in Boston Spa met in Mr Rockliffe’s laundry of in Low Lane.  In 1847 they purchased a plot of land in Church Street but it took them 25 years to open a chapel on the site in 1872.  There is detail on the Boston Spa Methodist church website.

Upon union in 1932 the Primitive Methodists moved in with the Wesleyans. The Primitive chapel became the Guide & Scout HQ.