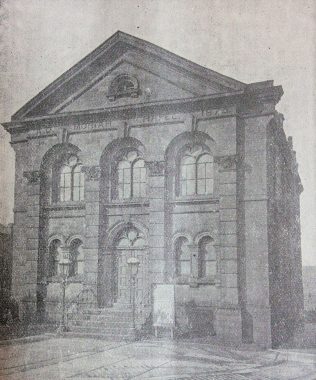 Bramley Moriah Primitive Methodist chapel was one of three Methodist chapels within a stone’s throw of each other in the centre of Town Street, the others being Wesley Place and Brunswick. In 1956 these three congregations came together under the one roof to form the current Trinity Methodist society.

Moriah and its Sunday School building was sited up a narrow alley called The Crescent, which lay off Upper Town Street, just to the west of Wesley Terrace. It is approximately where Wesley Close is.  West Yorkshire Archive Service, Leeds holds records between 1869-1956.

The 1835 chapel was large, seating 500 and with a “commodious” room under the chapel for Sunday school.