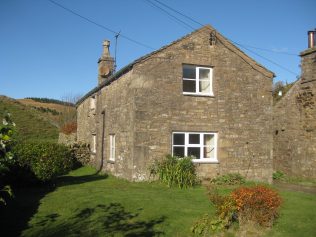 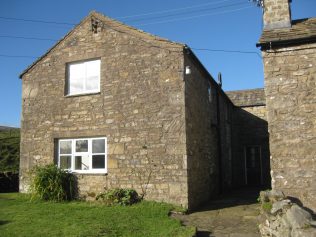 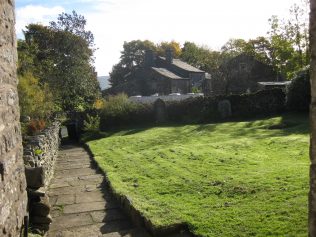 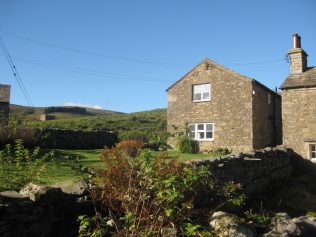 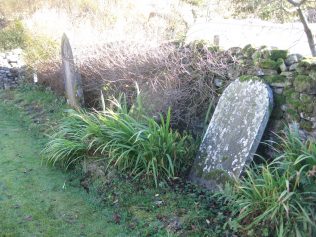 Cotterdale is a small valley to the west of Hawes. It is a place of absolute peace and quiet –  a few houses and a few sheep farms. The scenery here is spectacular. Not many people visit.

There is no real indication that the house in the photographs is the Primitive Methodist chapel. However, there are other clues. On the gate is an old piece of wood and written on it is ‘Old Chapel’. Walking through the gate the ground is undulating. On the boundary wall stands one gravestone and propped up against the wall are several more. So here we have a graveyard in front of a building which is obviously a dwelling. The chapel is mentioned in the statistical records of 1940 but not in those of 1972. The chapel is marked on the OS Map of 1961 but not on the one of 1999. It closed in 1967.

Editor’s note [CH]: The opening of the chapel in Cotterdale is recorded in the Primitive Methodist magazine of 1837 (page 28) by J North who was the preacher at its opening on Sunday June 27th 1836. Mr J Slinger’s family and other farmers and friends carried the lime & other materials free of cost. At the time of opening, there were 47 members.